My Best Friend Is A Vampire
"A Romantic Comedy With Bite" 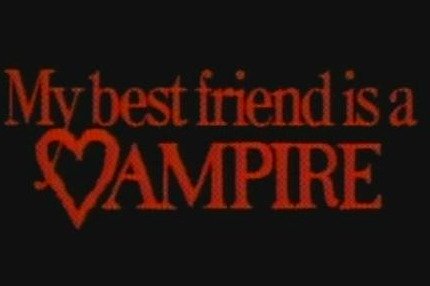 Too many people, being a vampire is simply an alternate way of life; you have to drink blood and get to live forever. Simple right? That is what Jeremy (Robert Sean Leonard) thought until he bites off more than he can chew with a love sick seductress of the night!

Before he can say coffin, his life is turned upside down. Lacking a reflection in a mirror, his favorite foods (Pizza with Garlic) is ruined and his desire to eat raw steak and drink blood has gotten increasingly more demanding. Though, that’s not too bad right?

Well, throw that in with the crew of vampire hunters chasing him, typical school boy crushes, and a best friend who just happens to be the one hunted instead of you, and it just might start to make you think your high school years were not as bad as you thought.

Anyway, long before he was Dr. James Wilson, or Neil Perry in Dead Poets Society, Robert Sean Leonard was Jeremy Capello, an awkward teen, kind of a nerd, horrible with ladies, and a vampire.

Well, a mortal vampire, or...whatever. Anyway this is not your 'typical' vampire movie; it's a vampire comedy romance. With particular aim at young teens of the mid eighty’s.

Sadly, with the title name as tragic as it is, if you do like it, it is only a guilty pleasure. Robert does a great job at his role his best friend in the movie was alright as well. 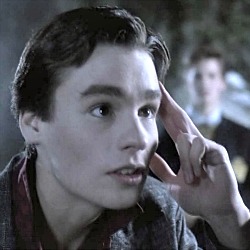 But that’s where the 'good' acting ends; everything else is passable at best. Though Jeremy's parents were also very convincing as the 'supportive' parents who happen to think their child is gay.

The campy value is through the roof with this film, similar to the evil dead level of 'cheesy' (God I love Evil Dead.) and Robert Sean Leonard’s smile and charisma shines through in this role like all his others.

As a light, good nature, comedy suitable for anyone over the age of 12, it passes muster. But if you’re looking for a 'scary' or 'gore filled' movie, you’re going to have to look elsewhere.