The Walking Dead
"Why are you not watching this right now?"

The Walking Dead is an AMC series of life after a zombie outbreak. Following Rick Grimes and his crew of survivors it exposes more than just the threat of the dead.

How do you get along with each other in the face of adversity, and what kind of person are you when the world goes to hell?

Do you let it take you with it; or do you stand up and show the others that the world is gone but humanity is not?

Even though we have more to fear from the living than the dead, it takes team work, a level head, and more than a little luck to survive.

From Fear to Fantastic 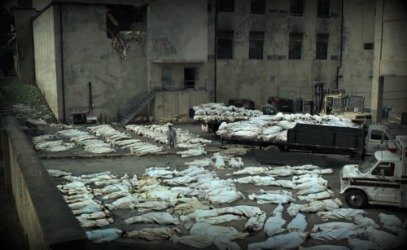 I was hesitant to watch most shows recommend because apparently I live under a rock without cable television for the most part because I enjoy movies. So, when I was told about The Walking Dead I cringed. My beloved zombie movies have been turned into a series on TV for the masses. 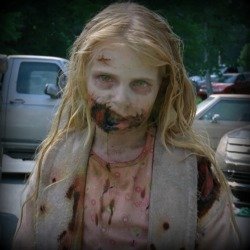 In the end I bit the bullet and bought in. How could I not with the raving that my friends were doing about how good it was written and how well it was acted out? I am so glad that I did.

This is one of the most enrapturing series I have ever watched. With zombies as the backdrop, it’s a drama about people and how people work during the worst case scenario: The end of the world.

There are some flaws, like with any series or movie, or anything really. But those flaws mostly fall into the 'acceptable' category. Occasionally you have the gun that has more ammo than it should while fighting back zombies, and that is easily over-looked; but the one thing I could not over-look is the glaring stereotypes they force into the show.

Force is perhaps a very strong word as the world already has these glaring abominations to the culture that they represent. A better way would have been to say that they enforce a good deal of stereotypes, but only to an extent, only to show how people change for better or for worse when the world ends. 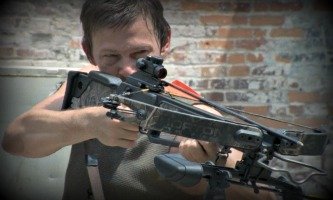 Some choose to stick with 'their own kind' while others get over race, religion and color and come together for the better of everyone. I have separated the review and overview of The Walking Dead Series into sections of season; I warn you now though, season 2 and beyond may contain spoilers of the season before it.

For example; season 2 over view may touch on what happened in season 1, and season three may touch on one and two, there will be no series ruining spoilers but you may learn about some of the people that might die, or where they head to if they change locations.

Vampires and Zombies › The Walking Dead