Vampire Bloodlines
Oh How I Miss You White-Wolf

I remember waiting so long for this game...Worth it.

In Vampire Bloodlines you become born into darkness and immediately thrust into the life of a vampire with little knowledge of what is going on, who you can trust, or even what you are. 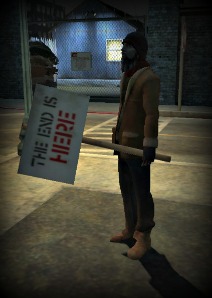 You traverse city after city in your quest to find the truth of what happened, who you are, and what apparently important role you play in the vampire society of all California.

Your choices matter, effect the surroundings, your dealings with other vampires, and of course, who your friends and enemies are. From the Camarilla, to the Anarchs, and even the Sabbat, they are all here and ready to use you in a game of chess.

Who will you side with?

Who can you trust?

The arrogant prince who wields his power without a care for whom gets in his way? The freedom fighting Anarchs who strive to push the Camarilla out of the city? Or just raise hell like the shovel-head sabbat and be damned to all the rules?

You make the choices. You accept consequence.  Welcome to your new life fledgling.

So, Tell us about it already!

Vampire: Bloodlines is a Real Time First/Second person RPG. Long before Grand Theft Auto, there was Vampire. Originally a table top RPG "Vampire the Masquerade" was one of white wolfs first big successes.

So it was only naturally to follow up on it and the hype of the vampire to release its second of two games in the franchise. "Bloodlines" is not a Sequel to Redemption, where "Vampire Redemption" Took place long ago, "Vampire Bloodlines" takes place in modern day California.

The biggest drawback of the game is that White Wolf stopped supporting it a few years ago during its acquisition by CCP, and thusly on newer computers it can have some trouble.

There are ways around it, for example most problems are solved by running in compatibility mode for windows XP SP3, and disabling themes.

Those flaws put to the side, Vampire Bloodlines has just about everything I could hope for in a RPG, engaging chars who I wanted to know more about, antagonists (And allies) I wanted to slap sometimes, believable plot lines and stays true to the foundation on what it was built. 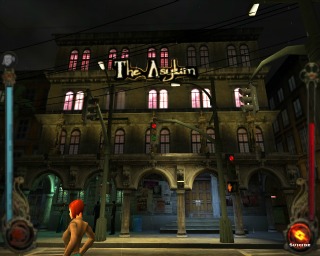 You can choose from any of the clans, add a few basic stat points and you’re ready to go. As you gain experience you can up your statistics and abilities grow in power.

I have played through this game several times, I have the most fun as a Ventrue or a Gangrel depending on how angry and beat people up-ish I am feeling at the time.

The music is amazing; I have more than once caught myself hanging out in "The Asylum" Just for the music. It does have strong adult language, suggestive themes and has earned its M rating.

If you are a fan of RPG's, or a Fan of Vampire the Masquerade table top RPG, and can get past the install problems (There are many forums and postings about how to make it work I will add a walkthrough link soon)

Then, Vampire Bloodlines is a game you have to at least play once.

The bad news is, that because they stopped production and support it can be over 100 dollars on Amazon, but I found it for you cheaper and you can Buy Vampire Bloodlines here for just under 20 bucks.