Zombie Shooter
Its Like Total Carnage But Less Fun

Zombie Shooter is an isomorphic shooter from the top down perspective. If you have played any of the Alien Shooter games, you have played this one. It just has different monsters and different colored blood. With early 90's graphics, awkward controls and several game play issues (Such as standing in doorways and slaughtering all enemies without a scratch) it’s a very weak excuse for a 'shooter' of any kind. 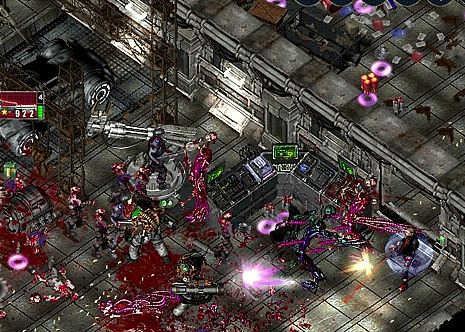 The first thing I said when I started playing was: "This feels a lot like Smash TV and Total Carnage, but badly made." and it’s true. Let’s go through the checklist:

Odd controls where I have unlimited ammo and throngs of enemies that mindlessly path a direct route to me?

Weird weapons that would never exist in a real world meant only for killing said enemies in a grotesque manner?

Repetitive lame level design designed to make killing throngs of enemies harder by adding tiny pixels to get caught on?

Over use of health and power ups and random trash items to make the OCD 'get them all' come out in you? 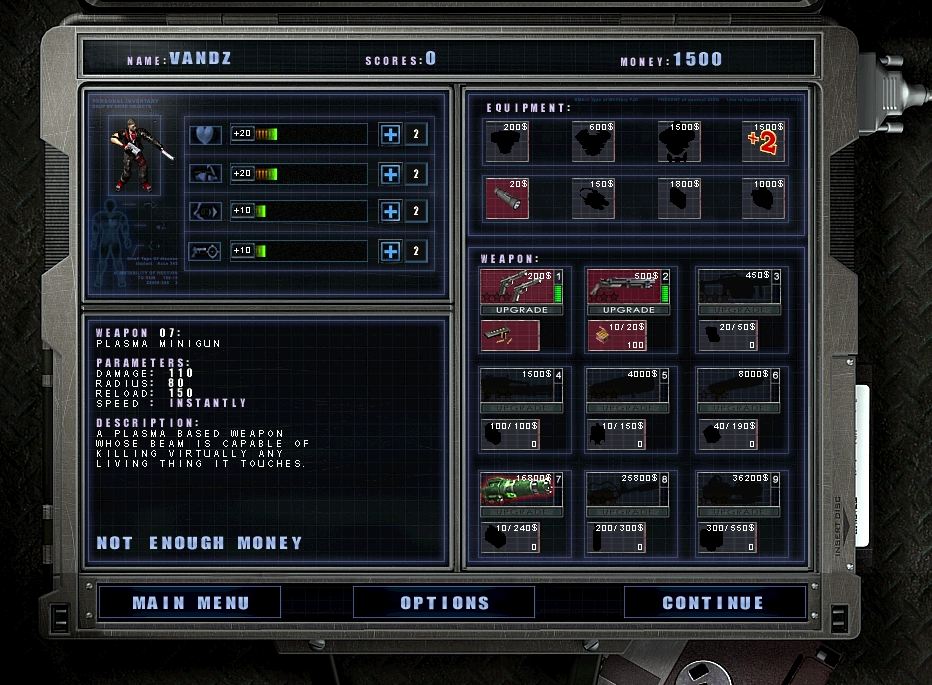 The only thing is:
Smash T.V. was fun for me.
Zombie Shooter was not.

When it comes right down to it, they tried to do more than they should have. With a lame 'upgrade' tree and 'unlock' tree to give you 'more and better' weapons, and a sort of pseudo 'level up' ability, and a woefully short main story, it simply does not add up for me.

When I buy a game I desire to play one that I will be entertained for a good while, not one that I will play for about a half hour and be bored with or one that I play for short bursts of time while waiting for a game I want to play to download.

If you want mindless slaughtering of zombies with little to no challenge in it once you find the tricks to make the zombies never come close to you, and having so many on the screen that sometimes you cannot even see your hero, or you want a game that is great for wasting a bit of time while your better half gets ready to go out wherever, than Zombie Shooter might be fun for you.

I am not a huge fan of casual type games like this, and while it’s not your traditional child friendly casual game I would still put it in the same category. Start and stop just about whenever you want, mindless, repetitive and niche; those are all the traits of a casual game in my book. If you are interested you can Buy Zombie Shooter Here.

With plenty of gore to go around and more ammunition expenditure than a John Wu movie, the hard core zombie killer lovers could find the fun within this, and if you are longing for shooter that plays like Total Carnage, then this will fill that bill nicely as well; and for only around 5 dollars it is not a huge investment. 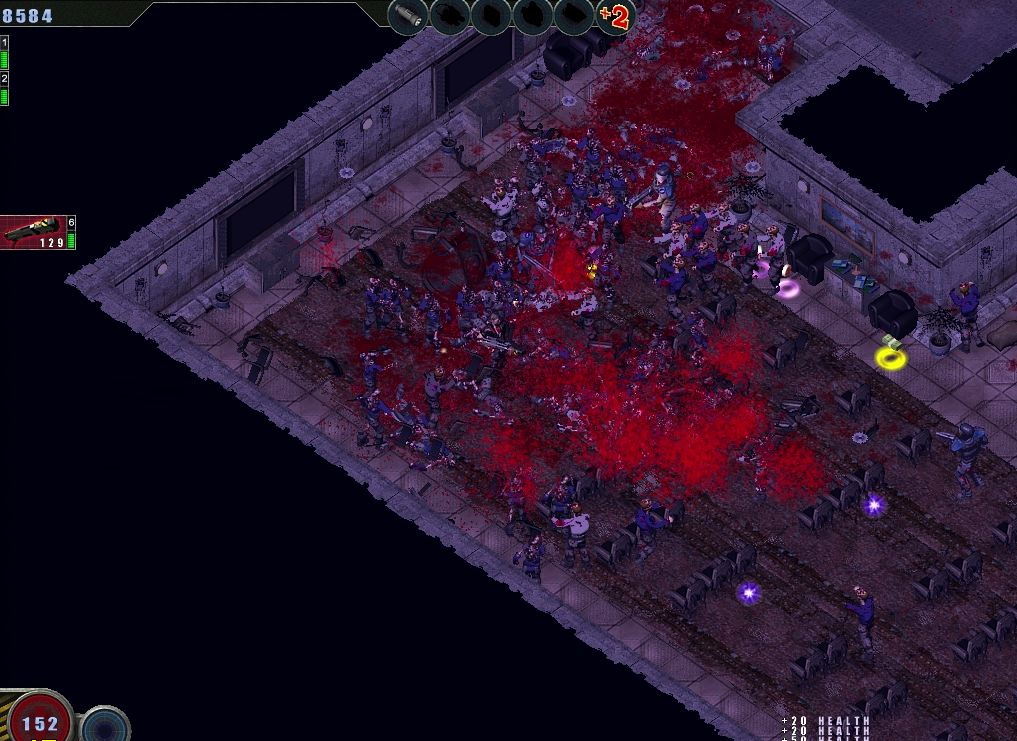