Lollipop Chainsaw
Not as Bad as it Sounds

Lollipop Chainsaw is one part dead rising, one part buffy the vampire slayer, and one part panty shots. All of this together creates a perfect combination of fan service, zombie slaughter, and fun.

Juliet is your typical teenage girl, captain of the cheer squad, with a gun running older sister, a lunatic driver younger sister, bad boy dad, and 50s doting mother. You know, just like your family and mine right?

The only difference is; she is also a zombie hunter. When satanic rituals unleash zombie hell on San Romero High School, Juliet arrives late to class to find that she has work to do. Armed with her trusty chainsaw; Juliet goes to work cleaning up the school, the rest of the town, and trying to put an end to the zombie infestation, all with the help of her boyfriend nick, who helps her get...a head.

Let's Break It Down:

The story is a little weak and cliché, satanic rituals, leads to zombies, and a mad man trying to take over the world through the use of these zombies and become all powerful. Set in the 80's, with all the lines and music to match it sets the mood really well, and makes the story solid enough to want to play through at least once.

The layout for the controls is a little clunky at first, but once you get the hang of it the button lay out becomes second nature. Not being a fan of most third person games, the auto adjusting camera angle can get you into a sticky spot from time to time, and the random pausing in the middle of combat to tell me something trivial in a pause screen is really annoying.

The cut scenes are beautiful, they took their time with the CGI cut scenes (You can watch our Video of the Prelude here (Opens in New Window)) and the in game graphics are solid enough that it does not break flow too much when they use them to continue the cut scene while playing.

The blood and gore factor ranges from zombies literally spewing out rainbows, stars, hearts, and pink sparkles, to absolutely horrific amounts of body fluids and entrails. It’s a little unsettling to be honest, more unsettling to see rainbows fly from headless necks than the gushing blood I normally get. 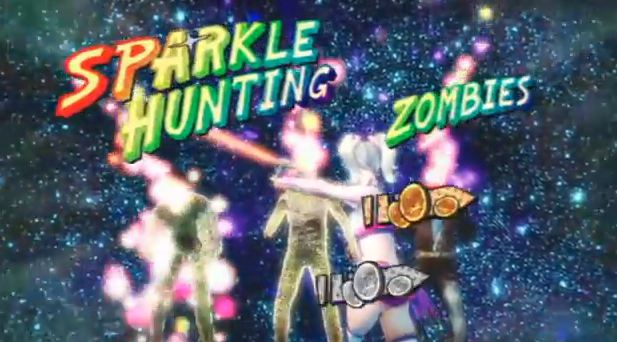 The cut scenes alone total almost 1.5 hours, throw in the 20-40 minutes it takes to go through a level (If you hurry) and the total game play time can be as little as 6 hours. You might be able to do it in less, but it will probably take more time than that. It allows for some replay ability, but not much. There are no choices nothing that changes the outcome of the game; but hacking apart zombies is always fun. 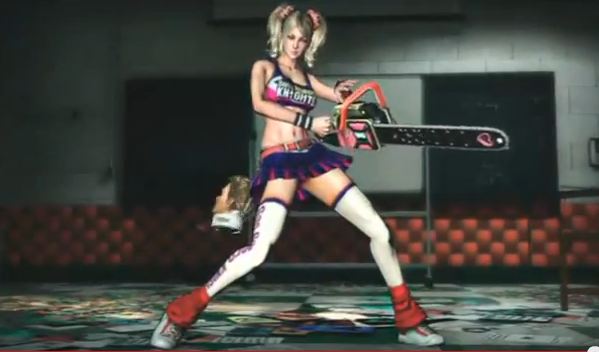