The Walking Dead Survivor Instinct
"Or, How to Make A Crap Game In 5 Easy Steps."

The Walking Dead Survivor Instinct, starts off great, you find that they do a wonderful job with scenery, and the voice acting is amazing, with a good script and your expectation rises. When you finish the first stage and you get to choose what direction you go and who to take with you in your small truck. It gets even better. There are only about four or five different models for the zombies but that’s ok, because that’s not the focus. The story, the survivor, the fear of having to be silent and stealthy is the focus.

Then you get to head on your way to the next stage, oh god, your car ran out of gas! Quick, scavenge what fuel you can, avoid those walkers, and get back on the road. Whew, you made it! Oh, a gas station is over there, do you want to stop and hunt for supplies? Sure!

Then...it starts to sink in. 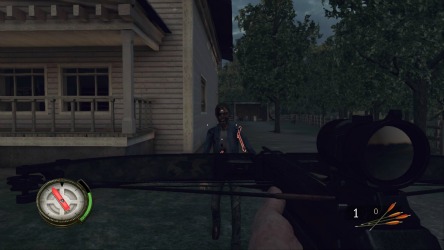 This gas station mini mission is the same gas station from the first mission. The zombies, the cars, everything, exactly the same!

Then the little things that you didn’t notice start to show up. The zombies take the same damage from a hatchet that they do a knife.

The same wounds in the same place for the zombies appear again and again. They seem to ignore the idea of physics, or that they can SEE you instead attacking a door.

Why are these survivors that I send out to scavenge food only bringing back enough food to heal them the damage they took to get it? Why is Merle with me but not doing anything? How come I can SEE my arrow sitting out of bounds but you won’t let me pick it up?

Oh God, Oh No! Oh Activision, What have you done?! How could you have done this to my favorite character?!

It Can't Be That Bad Can It? 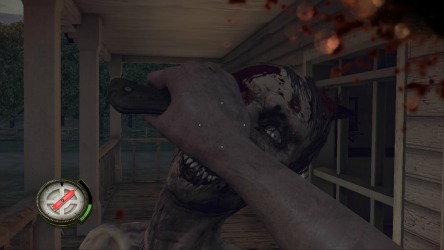 The Walking Dead Survivor instinct had such great promise, great ideas, and most important of all the best character in the series as its star. And what did you do? They ruined EVERYTHING that you could have done with it. A horrible AI on both the 360 and PC (PC is better for AI and graphics though) not to mention a half-assed port to the PC.

They offer you a chance to pick up survivors to 'help you' scavenge supplies. But they are never visible on the map, they do not assist in walker killing and they sure as hell don’t bring back anything useful. Merle, your brother also never decides to go team up with you to beat some zombie ass, as well as the fact that they use 'the Dixon brothers' as part of the sales pitch and yet there is no co-op and Merle never lifts a finger to do shit about shit.

I will be the first to admit that I SUCK at first person games. Halo, Call of Duty, all that, I suck. Bad. But even I beat The Walking Dead Survivor Instinct in less than 10 hours. That’s it. TEN HOURS. With an ending that is absolutely pathetic, it cuts off for no reason, in the middle of nowhere, with no closure what-so-ever.

I waited for months for this game. From the time it was announced, I was hopeful, excited, giddy even! I was playing survivor instinct within 15 minutes of it being available on steam, and I was done by the end of the next day.

Why is it that the gaming industry seems to think that a short 8-14 hour game is acceptable for 50-75 dollars, when did we get there? What happened to long epic adventures like the final fantasy series, or Doom? (Without cheat codes) 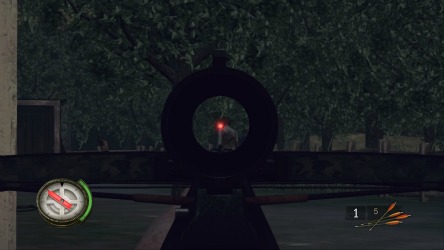 If The Walking Dead Survivor Instinct was an 'Episode' I could accept that, 20-30 dollars, and its part 1 of 3 or something? Sure.

But no, odds are they are gunna milk it with 30 dollar DLC every other month for the next six months. And fan boys and suckers will buy it, including me.

When did we get so compliant that we let video game retailers stick a hard one up our ass and give us this absolute garbage, rushed, piece of steaming crap allowed to be passed off as a game.

You know what USED to happen when a game was rushed and put out so quickly and you got something worthless and short, and not worth your hard earned money or time?

You got E.T for the Atari.

If you don't know what happened there, read this  and learn what SHOULD happen when they release short, lazy, bullshit games based on a beloved series.

The Good, The Bad, and The Unforgivable. 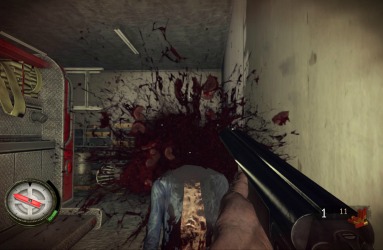 Let’s go through a common list of player complaints and Pro's about the game:

And the most disappointing of all:

It was advertised that "you find out the origin story of Darryl's Crossbow." You don't. Merle was holding it for you. Gripping. That's not an origin story. That's lazy writing.

The Pro's is much, MUCH smaller.

With all of that said, if you STILL want to play crossbow (At about the half-way point of the game) wielding Daryl Dixon, in his pre-Atlanta time in The Walking Dead, picking up survivors and casually kicking them out when you run out of car room.

Disagree? Have a review of your own for Survivor Instinct? Let us know below!