With a title like "Black Swarm", and a really cool intro sequence during the opening credits you would expect great stuff from this bug flick. Sadly, I think that anyone who watched it, only got stung. 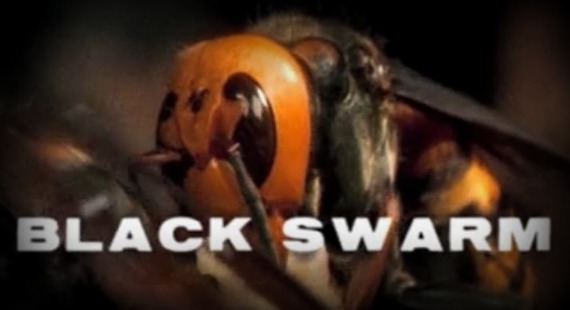 What could possibly go wrong when you try to turn wasps into military weapons by making them as strong as a bullet, with a sting that turns whom it stings into a zombie host for more of the wasps to be born? 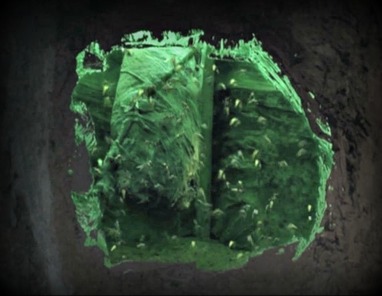 Well, that’s the premise of the movie Black Swarm. When scientist 'Eli' is asked to alter wasps to make them a weapon for use in protecting the country, Eli jumped at the chance. Now, through the unfortunate happenstance of messing with a 'perfectly balanced machine' that is nature, the wasps have gone from friend to foe.

What is worse is that one troubled small town is stuck as the home to this new breed of killer, zombie creating wasp. Who will survive the Black Swarm?

The movie has that going for it, and it also has some notably good actors and actresses, such as Sheena Larkin who played Beverly. A lovely blind old gal who you really connect with, also Rebecca Windheim, who played Kelsey Kozik, did alright as well. So my favorite actor and some good acting.

Unfortunately...that’s about all this made for TV movie has going for it in the realm of originality or even 'good' movie vibes to it.

I have enjoyed many 'bad', low budget, or 'B' movies, including such 'gems' as "Little Bit Zombie" and "Mutant Vampire Zombies in the Hood" (Though the last one I enjoyed purely for how bad it was.)

Black Swarm will be loved, or hated, depending on who you are. So let me break it down for you on if this is worth your time.

If you like all the 'when animals get altered and kill people' movies like "Pet Cemetery" and "War of the Worlds" and "Empire of the Ants" and every other 'creature feature' type movie. You may enjoy it because it has every single stereotype from those movies you can imagine.

Then it would completely be worth your time to see.

Really I thought this movie had great potential, some good actors, the fact that deep down everyone fears bees (Like dentists!) and that the tone was just right for such a movie to come out. Sadly, All of the acting talent in the world could not save Black Swarm from the searing sting of 'made for T.V. drama that always plagues such films.