Survival Of The Dead
"The Tale of Two Irish Folk Feuding"

Survival of the Dead takes place on a remote island off the cost of North America. When the zombie apocalypse breaks out, the island seems to be years behind everyone else. Using horses and out dated weapons, the two feuding clans on the island; the O'Flynn's and the Muldoon's have different opinions on how to handle the zombies.

The feud only intensifies when Muldoon wants to try to find out if the zombies can be taught to eat things other than people, and O'Flynn wants to put down the infestation. Four rogue US military get caught in the middle when O'Flynn cons them into going back to the island to try to settle the feud with his arch nemesis once and for all.

The Last in a Franchise?

Survival of the Dead, as of this writing, is the last in the 'of the dead' series. Produced in 2009 and starring Kenneth Welsh (Aviator, Legends of the Fall) Devon Bostick (Diary of a Wimpy Kid) Richard Fitzpatrick (Boondock Saints) Athena Karkanis (Saw IV) with Alan Van Sprang returning as Sargent Crockett it has an impressive list of names that you will have seen in other movies; some of them good!

Naw, I jest, Survival is a movie that is right about average to be honest. It is just middle of the road, not great, not horrible. There are a couple 'boo scared you' moments in here, but the whole movie is nothing scary. In fact I would be hesitant to lump it into zombie movies at all.

The CGI used in Survival of the Dead is ridiculously bad for the era its made in; in a movie with a good plot or anything I can overlook that. But the writing and plot is mediocre at best, with the best dialogue in the movie going to Tomboy and Francisco, two of the side characters. 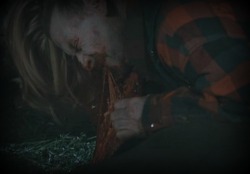 The blood and gore factor is there in a couple scenes but for the most part all the blood (even from real people) looks like Kool-Aid or Ketchup, even the bullet wounds from small hand guns look like someone just got a paintball to the head.

Though, unlike in most zombie movies where I would seriously fault it for that, I can't here. Because I don't think of this as a 'zombie movie' it is a drama about two feuding families that happens to contain zombies.

Survival of the Dead is worth a watch if only for completion sake, it’s actually pretty good if you are looking for a 'drama' with a good amount of gore. They even implement the usage of zombies retaining abilities and memories from life.

Vampires and Zombies › Zombie Movies › Survival of the Dead