Dawn of the Dead is another in the 'of the dead' series by zombie godfather George A. Romero. In this installment is the third, a zombie outbreak has threatened the globe, and city by city they fall to the undead.

Four friends seek to leave the big cities behind in hopes of surviving until the new future starts. Stephen, Peter, Roger, and Francine take to the sky in a stolen news helicopter and seek refuge in a shopping mall.

After clearing out the infestation within the mall things start to look up for the four, but fate decides to throw them a curve ball when a simple offer to help exchange skills alerts others to the presence of survivors.

While the makeup and effects are nothing impressive now, given the fact there are several times you clearly so how fake it is, for the time this was good. No visible wires, strings, or squibs, and only once or twice do you clearly see it’s a dummy. 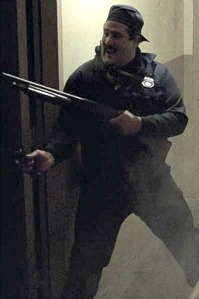 I am an adult, and anyone who watches horror movies often probably is too. That means that as adults, we choose to accept foul language in our movies; and I do. There are times it fits well, the same thing with racism, but swearing for the sake of swearing because it was 'edgy' and having some hack extra play the stereotypical racist cop spewing a 20 second tirade of racial hatred before going off on a psycho rampage killing people he is supposed to be saving is just over the line, and what I saw as a desperate attempt to get the audience shocked.

There is also a good 5 minutes of what can only be described as un-needed when zombies are being pelted with pies, and seltzer water for no apparent reason. Though, anything that breaks up the 30 minutes of how great life in a mall is would be welcome. I mean, I enjoy the fantasy of living in a mall during an apocalypse as much as the next guy, but it does get boring watching others have all the fun! 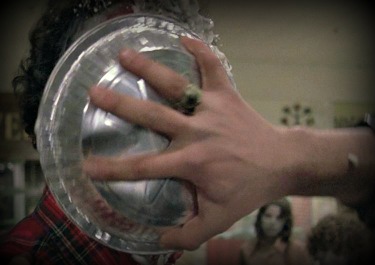 The movie really does not have much progression, and feels a bit choppy. You go from city, to mall with zombies, then mall without zombies. There are of course transitions where they get to these points but it, like most of the zombies seem to just slowly shamble from place to place, with only a couple exceptions. (See Below in 'the good')

The ending seems very rushed, like Romero was hunting for some way to end the movie, to get them out of the perfect life they created. So some random bikers show up, smash up the mall, let in the zombies and then....well I don't give away endings.

If you want an older, snapshot of the times, cult classic, with the older effects and can handle spurts of boring in your zombie movie. Dawn of the Dead (1978) is a great choice, any of Romero’s movies are.

Vampires and Zombies › Zombie Movies › Dawn of the Dead