Everyone Loves a Good Creepshow

Because it is really that good.

The Creepshow franchise was started in the early 80s and it has some comic books along with a few movies in its catalog. The movie provides three short stories and is hosted by 'the creep' in a similar manner to the 'crypt keeper' (Who came first, in comic form) hosts tales from the crypt.

These three happen to be based on set of Steven king stories. I included them here in the Zombie section because the third short story does indeed fall into the category of 'zombie' if you ask me.

I have provided a brief overview of each movie and a review of the film as a whole.

In our first of three short stories that make up 'Creepshow 2' Martha and Ray run a shop in the once bustling town of 'dead river' now living up to its name. Ray has given verbal credit to the tribe living on the land for quite some time, and Martha feels that he is too trusting to these people. 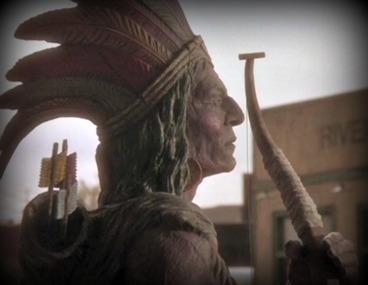 Martha gets a change of heart when the tribal leader comes down and offers them a tribute to hold onto. Things his people treasure to hold for up to 2 years, while they work to pay the debt, if they cannot, he keeps the treasure.

Things turn south for Ray and Martha when some young upstarts, led by Sam a native American boy, the chief, is his uncle, mean to rob Ray and Martha of what little money they have. That is when the old chief that Ray has taken care of for so many years decides its time to even the odds and settle the score.

I will always have a fear of:

The Raft follows your typical 4 horror movie sorts. Two stoners, one skank, and the good girl.

The four decide that they are going to go out onto the lake for good 'bit of fun' which means like in all horror movies with these types:

(Oddly, as corny as the cast was, this was the only of these three movies that genuinely gave me the willies. Sometimes, I still get out of the water VERY fast.) 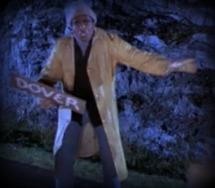 Is about a cheating wife, who wakes up very late to get home, in fact she has to make a 20 mile drive in 8 minutes. It cannot be done. But it will not stop her from trying!

As she speeds along the highway she drops her cigarette. Burning a hole in her seat!

Life only gets worse for her when she tries to get it on the wet roads, skids when she loses control of her car, and hits a hitchhiker.

Fearing for the worst, including being late to get home and see her husband, Miss Lansing decides to drive off and get herself home to her husband. Unfortunately, it seems; at least to Miss Lansing that the hitchhiker is trying to follow and get that ride...

The special effects, especially for the time were outstanding, and well spent, given that the first in the "Creepshow" franchise was done by both Steven King and Night of the Living Dead's George A. Romano there is no doubt that some of that money got funneled into this project in hopes of keeping it alive.

The stories themselves are not bad. The second even kind of creeps me out just a bit to this day, its sadly the least engaging. The first story was by far my favorite of the three, and the third in the movie does close up nicely though.

Normally I am not a fan of Steven King, in any form. But the Creepshow franchise is an exception to that rule. He pleased me with the short movies, and how to the point they were.