Dead Alive is a zombie movie directed by Peter Jackson in 1992. The trouble all begins with a Sumatran rat-monkey that is captured and brought to the Wellington Zoo. The tribes of the Sumatra try to keep the Rat-Monkey on the island but are fought off.

The rather gory blood fest starts almost immediately, when Lionel and the local store girl start to fall in love. The raging bitch that is Lionel's mother does everything she can to sabotage his attempts at love.

These efforts eventually get her bitten by the Sumatran Rat-Monkey and set the whole series of events in order. The zombie outbreak really kicks off to culminate at a house party that turns into a zombie blood fest.

Never Judge A Movie By It's Cover 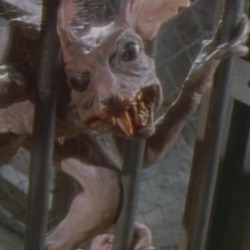 The movie is not for the squeamish. It is by far the goriest and most disgusting zombie movie I have seen to date. With several moments that had even myself squirming with 'ick' factor.

Such as pustules bursting and the goo landing into people’s food, only to have it be eaten by unsuspecting people.

The style of zombie used in the movie is not exactly your slow, shambling, dead type. But instead rather normal speed sort, but hyper strong and relentless. A much needed twist in my recent movie watching needs.

While not greatest in the special effects category, the gore factor and the disgusting ratings are fairly high, not a typical slasher, more of a gore fest with them going out of their way to be disgusting with the infectious disgusting wounds.

As far as story goes, it’s not exactly the greatest, but it is enough to keep you entertained, with plenty of comedy to keep you with a few laugh between gore shows. (Some of them, gory them-self, Such as a corpse was being over embalmed to the point of nearly exploding!)

So Tell Us About It Already!

Taking place in the 1950's the scenery and ambiance is perfect for the perceived setting. Being an avid car lover I was quite the fan, of all the beautiful cars within it.

Then again, the Kung Fu knowing priest who 'kicks ass for the lord' was above and beyond all my expectations of awesome.

Let’s not leave out the zombie sex on a dinner table, as well as the zombie pregnancy that turns into birth. Yeah, this movie has just about everything you could want to see in a movie.

I won’t lie; I was not expecting much in Dead Alive, but getting past the horrible special effects, the rest of the movie as gory, funny, dark, and twisted.

Even if I did have to look away from time to time, from the pure disgusting nature of parts. (What can I say, puss and goo and some sound effects just make me go 'eeeeeew'), this is also another movie with a zombie baby!

Allow me to create a short list for you as to why dead alive is simply a great movie:

The Wrap Up And Final Word 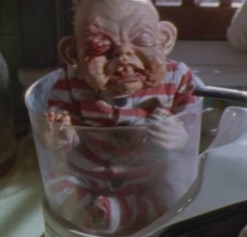 When it was over with, my view on it had done a complete 180 from when I started it. In the beginning I dreaded it. I won’t fib, I thought to myself "God, its movies like this one is going to be that make me hate my job"

By the end I was saying to my roommate "You HAVE to watch this movie. Seriously. You won’t regret it!" The gore is so utterly over the top, and the whole movie really needs to be seen by everyone who loves zombie movies.

If you are hunting for a serious zombie movie, move on, this is not or you. This goes from mildly funny to downright comical in a matter of thirty minutes. Slowly ramping up from 'slow' to 'hilarious' at such a pace you never once really wish it was over.

So, if you love zombie comedy with a bit of romance to it snatch this up. It's a bit hard to find but you can Buy Dead Alive on DVD from Amazon

. The Blu-Ray is also available there, but that goes for a premium price of around 40-50 dollars for some god forsaken reason.

This is a movie you have to see, even if you just rent it.

Or, whatever other means you may have for such things. *cough* 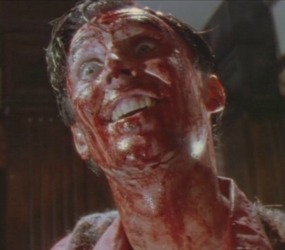 "Watch This Movie, Or I am Coming For You Next....Muahhahahahaha"