Night of the Living dead is George A Romero's brain child, his first movie that he himself wrote and produced in 1968. It is also a cult icon in horror movies, and the undisputed classic of zombie movies.

Cult Classic from the Godfather of Zombie

The godfather of zombie movies George Romero's most well-known works all start with "Night of the Living dead" The movie that spawned sequels from him, and a spin off from his co-writer. Between the two of them they are responsible for over a dozen 'of the (living) dead' movies.

There are many cult classic movies and anyone that watches them knows that most of them, by today’s standards and even standards for 'back then' (Be it a 50 year old movie, or a 5 year old movie) Are pretty 'cheesy'. So you have to look at them in a different light than most other movies.

Night of the Living Dead is written and released in the late 60's, the special effects are about on par for those times, things that were scary back then are simply not as scary to many people now, we can watch them eating meat off a bone and go 'turkey leg' see them holding entrails and go 'hot dog links' without thinking too much about it. But back then, those things were as scary as the goriest things we have out today.

A low budget movie (Under 120 thousand dollars, roughly 750 thousand with inflation to current day) with the only good acting coming from "Ben"; who is introduced later in the movie but ends up as the main star of our movie. With passable acting, and creative use of cut scenes to make the low budget effects a bit better there is some suspense feeling easily built up, but sadly...all of this is ruined by "Barbra" one of the people trapped in the farm house. 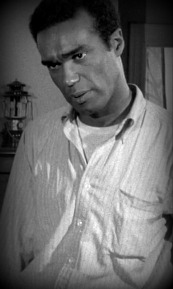 The whole movie she is damn near catatonic barely says anything, just sits there and makes you want to slap the crap out of her. I truly believe her job was to make the movie longer by having the same things repeated three times to her.

The cast does a decent job with a decent script and acting that does not make me want to vomit like in kiss of the vampire, but all of the characters except for Ben really annoyed me, overly stereotyped, over acted, and over played, and Ben, to me, looks like a young Obama.

Besides that, the things that will stick out most in the minds of people who have never seen this, is that in Night of the Living Dead, it’s not your 'typical' zombie, no flesh rotting off, no digging out of grounds, no gratuitous amounts of gore, they are more resourceful (Using rocks or bats) and are afraid of fire. At this time zombie movies were still growing in popularity, and as a general rule, there was no 'set rules' except 'must be dead'.

This is a real winner for a diehard classic movie fan, or a true fan of zombie movies. While you won’t want to watch it over and over again, it’s a great movie to have going in backgrounds for Halloween or zombie themed parties. While not the first zombie movie, it is one of the trend setters and a true cultural icon.

If you are interested, you can Purchase Night of the Living Dead here

No, This is the beginning.

Vampires and Zombies › Zombie Movies › Night of the Living Dead