Return of the Living Dead 3
"A Fresh Take, On a Rotting Corpse" 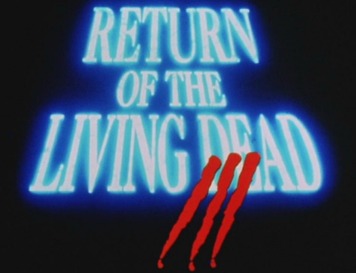 Return of the Living Dead 3 is a different spin on the franchise. In this installment Teen lovers Curt and Julie discover that Curt’s father, a military officer is conducting experiments with the dead, bringing them back to life in an attempt to create the ultimate weapon. 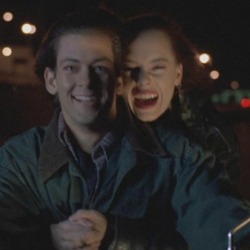 While Julie, a dead loving punk girl is corrupting Curt into the freewheeling life style and convinces him to run away with her and leave his controlling father behind.

But when a tragic accident stops the joyride of the two dark lovers and kills Julie, Curt decides to conduct the experiment on her himself, to reunite them in a dark love that can only be kept alive with brains, and pain.

The Rundown of the Third in the Series

Alright, you know, I am generally not a huge guy for sequels, and especially not movies that go six deep (Like Return of the living dead 3, 4, 5, and 6 do.) though this is an exception to the rule it seems, at least for me.

Let’s hit up the great things about Return of the Living Dead 3: 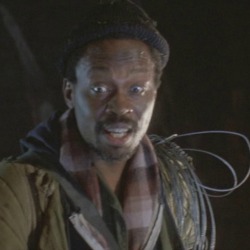 After that, another ten minutes and you get to see boobs. (Nice boobs too!) Julie is apparently a bit of a slut. Then after that you get some great and new uses for gore and the fact zombies don’t die.

The River Man is by far the coolest crazy homeless guy I have seen in a long time.

Topped off with the fact that the special effects for the zombies, gore, and death scenes were not too shabby at all. 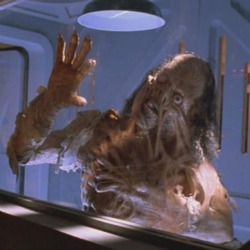 Some shoddy set design. Such as clearly plastic buildings, boxes, and such made to look like metal, or at least supposed to BE metal, as well as it bending and flexing and such like plastic the 'metal' sound effects they use are just horrible.

Julie, once she becomes a zombie ...becomes almost insufferable with her whining and horrible acting. But, the fact she gores herself up to 'make the hunger go away' is actually pretty cool.

Mexican wanna be thugs apparently know the ENTIRE layout of the city, where people are headed, the location of every sewer grate, and where they lead in the entire city just by looking at the alleyway.

Those are really my only complaints, I am sure you could nit-pick little stuff but nothing major sticks out like a sore thumb beyond those things mentioned above.

I really like that they went for an actual story. Normally with dark comedy movies, or zombie comedy flicks the writers try too hard to make it a 'zombie movie' and just have some funny deaths in there. Where Return of the Living Dead 3 decided to write an actual decent story and turn it into a zombie movie. 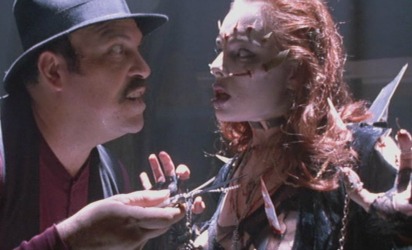 Vampires and Zombies › Zombie Movies › Return of the Living Dead 3