Bordello of Blood follows a unique path in the world of vampires. Lilith, the 'most evil person of all time' is awakened when our little friend from 'Kiss of the Vampire' finds all four pieces of her heart, and brings them together.

Though, when an over protective sisters kid brother comes up missing, she hires an unemployed private investigator to find him.

The mysteries he unravels not only about her brother, but the ministry, the funeral home, and the whole twisted scheme is too much for anyone to believe.

The local authorities are over whelmed and completely incompetent with too big of a work load to help in a single missing person’s case; especially when the truth is never able to be proved.

So it is up to a driven sister, and her private investigator to crack the case, and save the town.

Sexy Vampire Smash Hit? Or B-Movie Flash in the Pan?

Tales from the Crypt Bordello of Blood is the second movie released by the Franchise in 1998 following the fairly successful Demon Knight. The movie is introduced as always by your friend the Crypt Keeper, whose humor is like always as dead as he is.

There is none of the cardboard acting like "Kiss of the Vampire" and even had some names like Corey Feldman and Whoopi Goldberg in it, though Whoopi only really had a cameo.

From Dusk till Dawn came out around the same time, and has the same basic plot structure, a whore house/strip bar that is a hide out for gatherings of vampires.

The difference is that Dusk did it well and high budget while Bordello went with the whole 'we know this movie is crap, but ride it out huh?' They both made essentially the same movie, but Dusk did it better.

Crap might be a bit strong, its hokey, its B movie, with gratuitous amounts of nudity, gore, violence and some really unneeded necrophilia undertones, did I mention nudity?

But Is Bordello of Blood Fun? 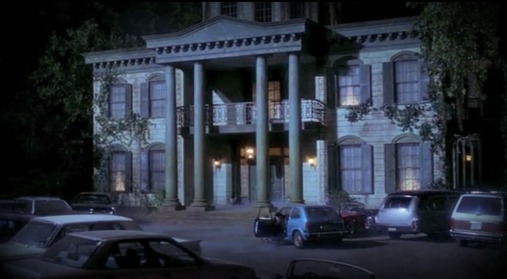 That’s what it boils down to, is it worth seeing?

If you want to turn your mind off, watch some boobs bouncing around the screen before people get killed, listen to some very unfunny puns from the crypt keeper, and be moderately entertained for about an hour and a half by a B-movie horror flick, Bordello of Blood is worth watching.

Are you looking for something with a better budget and more dark and gritty?

Watch from Dusk till Dawn.

If you want to watch well directed, great effects, and a fascinating story?

Bordello really makes me think it is time to bury the Crypt Keeper. At one point his humor was appealing, and the franchise was thriving, but now, it’s as dried up as he is. 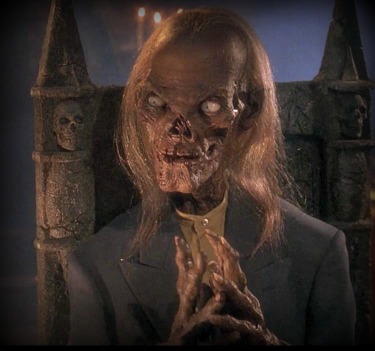