My Sucky Teen Romance
The Name Says It All

My Sucky Teen Romance follows Kate, Paul, Jason, Allison, and Mark in the movie about ...well, it’s supposed to be a comedy about vampires and romance, but it really does not seem to a real plot point until about halfway through. 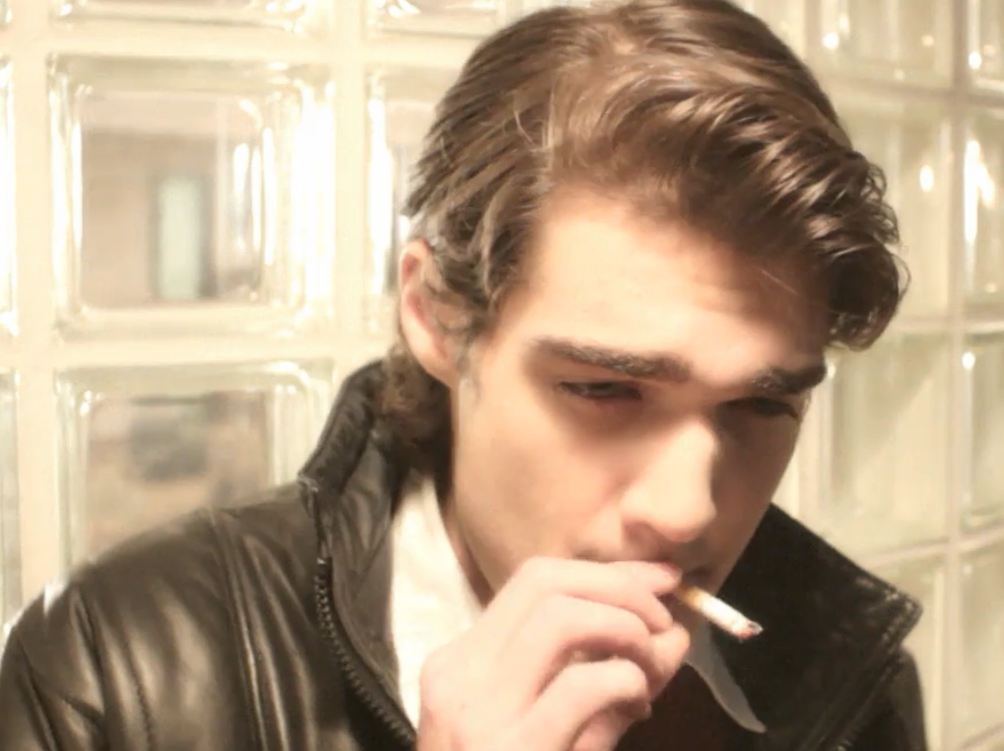 Apparently in the 1950's a 'guy' who tries to be your James Dean style badass gets bit by a vampire. Fast forward 60 years, to present day and he still keeps his greaser look and now deals with robbing stores and biting people for fun.

It’s not until a hold up goes wrong and he bites two young teens on their way to a 'vampire convention' in town that the whole thing...sort of...takes steps towards going somewhere. We follow out group of teens as they try to cure their friend of vampirism when she is psudo-bitten by her young teenage crush, will they save her in time; or will she be stuck as a vampire for all eternity....should we even care?

The whole review is in the title, My "Sucky Teen Romance". Before you go and tear me apart about how mean I am; I was very torn at how I was going to review this film because it’s very much one in a million.

I doubt I will ever in my life direct or write a movie, I also doubt that many high school students will ever create or write (almost) full length feature film.

So the fact that writer and director Emily Hagins did both at age 17, is nothing short of astounding. I applaud her, I hope she continues to progress in the movie career path she has chosen, because at so young to create this, is amazing.

Though, this is not a review of Emily Hagins nor is it a review of how amazing it is that it was done on a low budget, written and directed by a 17 year old young woman; it’s a review of the movie, and nothing or no one else.

The movie itself 'sucks'

So I decided it best to focus on the movie itself.

My Sucky Teen Romance seems to barrow many styles instead of developing its own. Most notably the fairly unfunny 'scary movie' type humor by repeating famous lines of other movies. I am not ashamed to admit that I laughed a couple times in the movie; some of the jokes were indeed worth a chuckle.

Note to would be directors: You should know your groups before you mock them. Especially when the people that are members of those groups, are the ones that go to see your movies.

Putting that to the side, My Sucky Teen Romance consists of a plot that feels very much like it was written by a middle school girl trying to be funny. (Go figure.)

With characters that might as well be paper dolls for all the emotion that was put into them, the complete lack of dialogs that any normal teenage would use (Except one girl, who was promptly asked "Are you F**king stupid?")

Not one teenager uses a cellphone, not a single 'like', 'umm', 'whatever', or 'uh' when speaking, just bad scripting.

I hesitate to use the word 'movie' for "My Sucky Teen Romance", because it clocks in at barely 77 minutes that is about 15 to 20 minutes shy of a 'short movie' at a theater. To be fair though if it was any longer I would have likely wanted to burn my own eyes out.

If you are looking for a romantic teen movie, My Sucky Teen Romance does not fit the bill, it will not fill the role of a horror movie either, the only thing I could compare it to would be a 'pg rated' version of a 'scary movie' knock off without the language, nudity, drugs, or innuendo...you know, everything that makes those types of movies tolerable.

Don't worry Vince, you were dead before this happened.