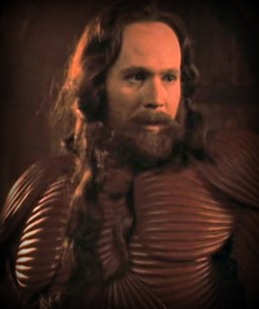 Bram Stoker's Dracula follows the tale of Dracula from his life as a mortal, when he loses his love and renounces his faith in god, to England where he believes to have found her spirit once again. This time in the body of a young woman betrothed to a member of the clerk’s office. Dracula, not about to lose the love of his existence a second time, sets a long plan in motion to re-unite him with love, while causing havoc in the city to keep others away from his well laid plans.

But when the curse is figured out by Professor Von-Helsing (Hopkins) the hunt is on, and it’s up to four brave men to stop Dracula before his plan can be completed. 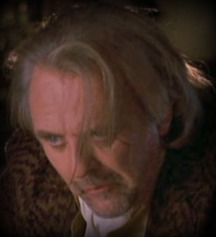 Bram Stoker's Dracula is a movie adaptation directed by Francis Ford Coppola (The Godfather) in 1992 and Mr. Coppola again shows us why he is one of the best in the business with a wonderful musical score, gorgeous subtlety that may be missed the first time you see one of his films, but adds so much to the immersion, and the assembling of a great cast.

Even Keanu Reeves who normally has as much emotion as a bowl of pudding gave a good performance, given the role that he has to play is a weak, terrified, and man broken by Dracula's concubine it’s not a far stretch for him. 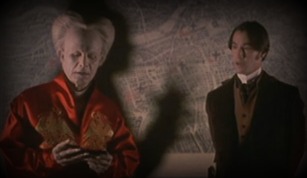 The film is chock full of big name stars Gary Oldman (Harry Potter), Winona Ryder (BeetleJuice, Girl, Interrupted), Anthony Hopkins (Silence of the Lambs, Fracture), and Cary Elwes (Princess Bride, Saw) all gave outstanding performances. The award for 'best of movie' is a toss-up for me between Oldman and Sir Anthony Hopkins, for different reasons. 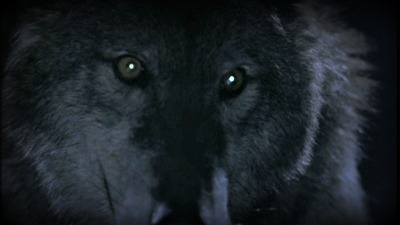 There is very little that I can say negative about the movie as a whole, very few times did I feel a scene was not adding to the movie or drawn out, the script was well written and adapted wonderfully for the screen from the book. The effects were amazing for the time and even still very good now, if a bit dated. The makeup department did a phenomenal job as I have seen movies made now that are not nearly as well done in the makeup department.

The only negative statement I could possibly make is that the effects are dated, that’s it. That’s all I have negative to say. The movie has romance for the women, a fair amount of blood and death, even some boobs for the fellas, and a good plot for snobby critics like me. 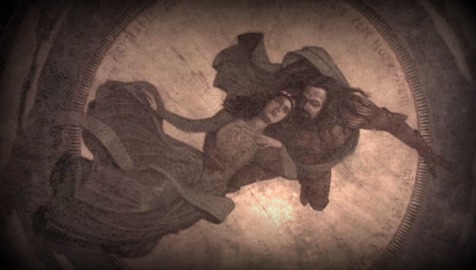 I would also state, that while some vampire movies could be possibly acceptable for children, this one is not. Including pictures from the karma-sutra that show all manner of sex acts, lots of boobs, and a wolf beats mating with a woman in one scene, that would require a good bit of explaining for the children.

But be warned it is not a gore-fest or anything like that; if you are looking for that type of vampire movie; watch Dusk till Dawn or Stake Land. This is a true vampire drama, from start to finish.