From Dusk Till Dawn
Great, or does it 'Suck'? 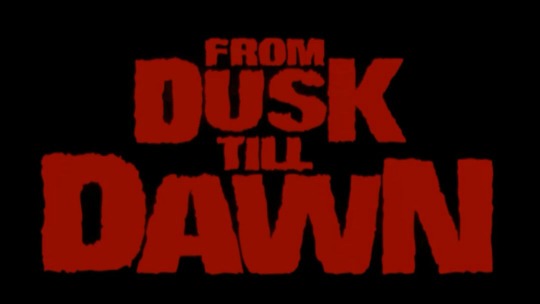 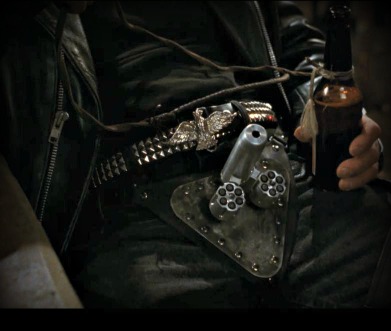 The brothers and their hostage family are to meet up at the "Titty Twister" a strip club in the middle of nowhere, where the girls are simply to die for, literally. The "Titty Twister" is open 'from dusk till dawn' every day.

The cinematography is done in acceptably in this movie, the scenes blend reliably, and believably, it not in the pulp fiction 'things are all over' that he has both won acclaim and notoriety for doing. Instead, it flows more like a traditional movie, with little bits of him sprinkled within.

The characters for the most part are hollow and superficial, but what do you want? It is a vampire slaughter fest with copious amounts of nudity, cursing, and people being slaughtered like cows for the undead en mass. Why waste time developing characters if you are just going to kill them, right?

There are not real surprises with this movie, its formulaic and predictable, almost painfully so. However, in some strange way I think that Tarantino meant it to be, I honestly feel like he set out from the start to make a schlocky, unabated skin and slaughter blood fest for the screen. If that was his goal, he succeeded. 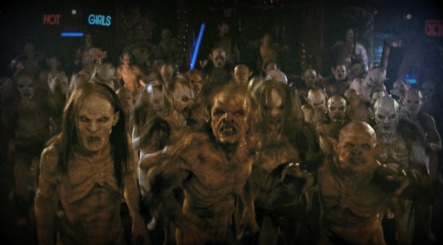 This came out about the same time as Bordello of Blood, of the tales from the crypt franchise. They have a similar plot, similar predictable nature (One or two twists in the Bordello though) and follow similar paths of directing.

The major difference is that From Dusk till Dawn did it better. Better budget, better directing, better acting, and of course, nicer models for the nudity. Because as you all know nudity is important in your vampire films </sarcasm>

Vampires and Zombies › Vampire Movies › From Dusk Till Dawn

What Other Visitors Have Said

Click below to see contributions from other visitors to this page...

One of Tarantino's Best

This is a love it or hate it kind of film. If you love great dramatic acting and over the top horror satire, then this is the perfect film. If you only …