Or, that’s the phrase that Peter Vincent, Vegas magician and vampire hunter say every night before his show. The problem is, that he is right; Charley Brewster (Anton Yelchin) is starting to suspect that his new neighbor 'Jerry' (Colin Farrell) is a vampire!

Trying to convince his friends and family on the other hand is proving more difficult than proving it to himself. With his friends going missing one by one, sin city is starting to really live up to its name. 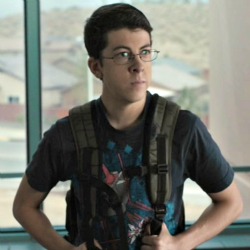 Fright Night is a remake of the 1985 movie of the same name.  A dark comedy horror, where for the most part the comedy takes a back seat, and the horror is not very scary. The first hour or so of the movie was well done, with a couple scenes that held your attention very solidly and gave some tense moments.

Save for for some hasty realizations and poor police work (Welcome to Vegas), the second half of the movie sadly falls into the same pit trap that many movies do. They simply 'rush' or have 'no contact' with the people they try to emulate.

Like most movies that have no one 'in touch' with the crowd that they try to emulate, the lingo and conversations between teenage friends is very much forced and not used by any teens I have ever seen, his two 'friends' getting high in the car are also ungodly forced and pathetic. It reminds me very much of how forced My Sucky Teen Romance was; just...horrible. 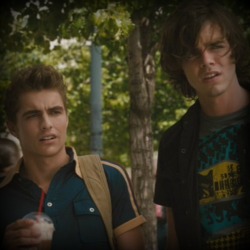 For the younger generation this won’t be too bad, it has some nice CGI and a couple decent plot twists, but anyone who has seen the original will yawn, scratch their head and say "So, Hollywood really IS out of good ideas?".

If you push aside the cliché hot girlfriend with dorky guy, the vampire hunter who isn’t, and the completely blind authorities that do not think screams, missing persons of school age, and many other things are not worth investigating because 'its Vegas’ your left with...well not much beyond a great first half of a movie.

If you watch Fright Night expecting it to be a B movie with better budget, then you won’t be too disappointed. The acting is pretty decent even with the out of place lingo from time to time.