Buffy the Vampire Slayer
"So Five Minutes Ago..."

In Buffy the Vampire Slayer; Buffy is a 'typical' rich girl, captain of the cheer squad, parents that don’t care, unable to get better than a C in school, and absolutely worthless addition to society. That is until the watcher finds her and tells her that she is destined to become a vampire hunter. With a new responsibility to the world at large, Buffy needs to balance her social life and the killing of vampires.

I don't mean that the acting is bad (but it is), or that the scripting is bad (but it is), just that they are literally every late eighty’s early nineties stereo-type of 'rich, stupid girl' you could imagine rolled into one nice pile of steaming crappy acting. There are times that the movie tries to dig itself out of the hole and show you some plot or character development, but then slides back down into the horrible hole that it is trying to crawl out of. If you are a fan of Buffy the Vampire Slayer the TV shows, please, don't watch this.

For example not trusting someone at all one minute, to four minutes later going off alone with them, then ten minutes after that going about mourning their death, and then being completely over it.

Let’s not forget your boyfriend breaking up with you at the beginning of the dance, and then you getting together with someone new before the end of that same dance. 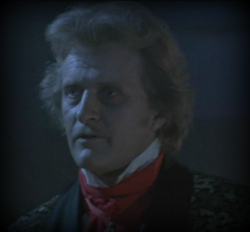 It also has some of the worst acting I have seen in a while, and just god awful scripting. If you are looking for a serious vampire movie; or if you are a serious fan of Buffy the Vampire Slayer TV show, run away, run far and fast.

If you want a campy, cheesy, vampire 'comedy' then, maybe it’s passable as that. Why anyone would waste their time watching this without being an absolute die hard Buffy fan and understanding that even the writer Joss Whedon said that it was garbage, then power to you.